The downing of an Ukraine Air Force Antonov 26 at Monday July 14 around 14:00 was a crucial change in the war . The Antonov was the first aircraft which was shot down while flying at an altitude out of reach for MANPAD’s . Previously several helicopters and fighterjets of the Ukraine Air Force were shot down by MANPADs. The Antonov was said by the Ukraine authorities to be flying at 6.500  meters.

Dutch newspaper NRC concluded it could not be a MANPADS. This due to the distance the weapon flew (15 km) and the burntime (40 seconds). NRC concludes it must have been an air to air missile.

The aircraft shot down is seen in this picture in better times. 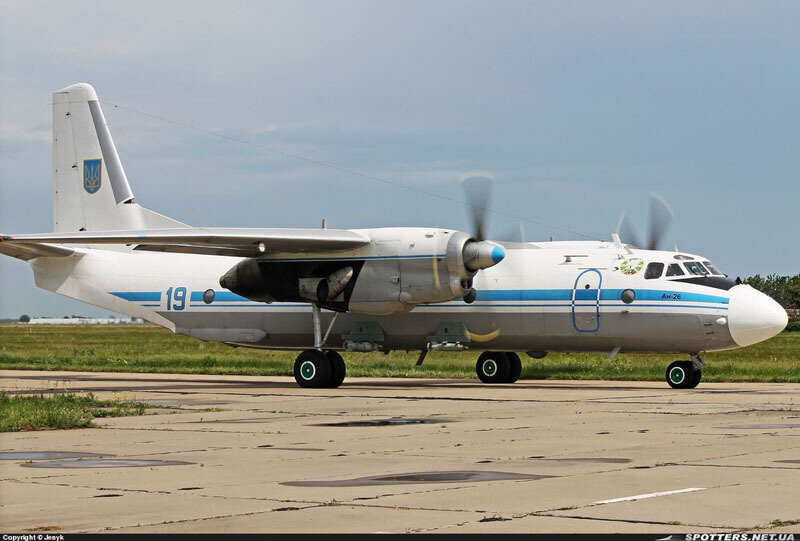 The downing of the Antonov indicated that the separatists had much more heavy weapons. The downing also means that aircraft flying at 10.000 meters or higher can be shot down, This because a missile able to reach 6500 meters can also reach at least 10.000 meters.

The Antonov was on a resupply mission towards the Ukraine-Russia border. It just had dropped cargo using parachutes and had 7 persons on board.  5 were able to jump from the plane using their parachutes. The registration was ’19 blue’ . The shot down was above a village called Izvaryne. A lot of info on the Antonov 26 can be read here.

So what weapon was used to shot down? On internet there are two videos showing the Antonov being downed. Can these help to identify the weapon?

Here is a video
And a 2nd video here (link)

Some news on the shot down appeared in various sites like here, and here . BBC reported in the early evening of July 14 about the shot down. New York times reported here. 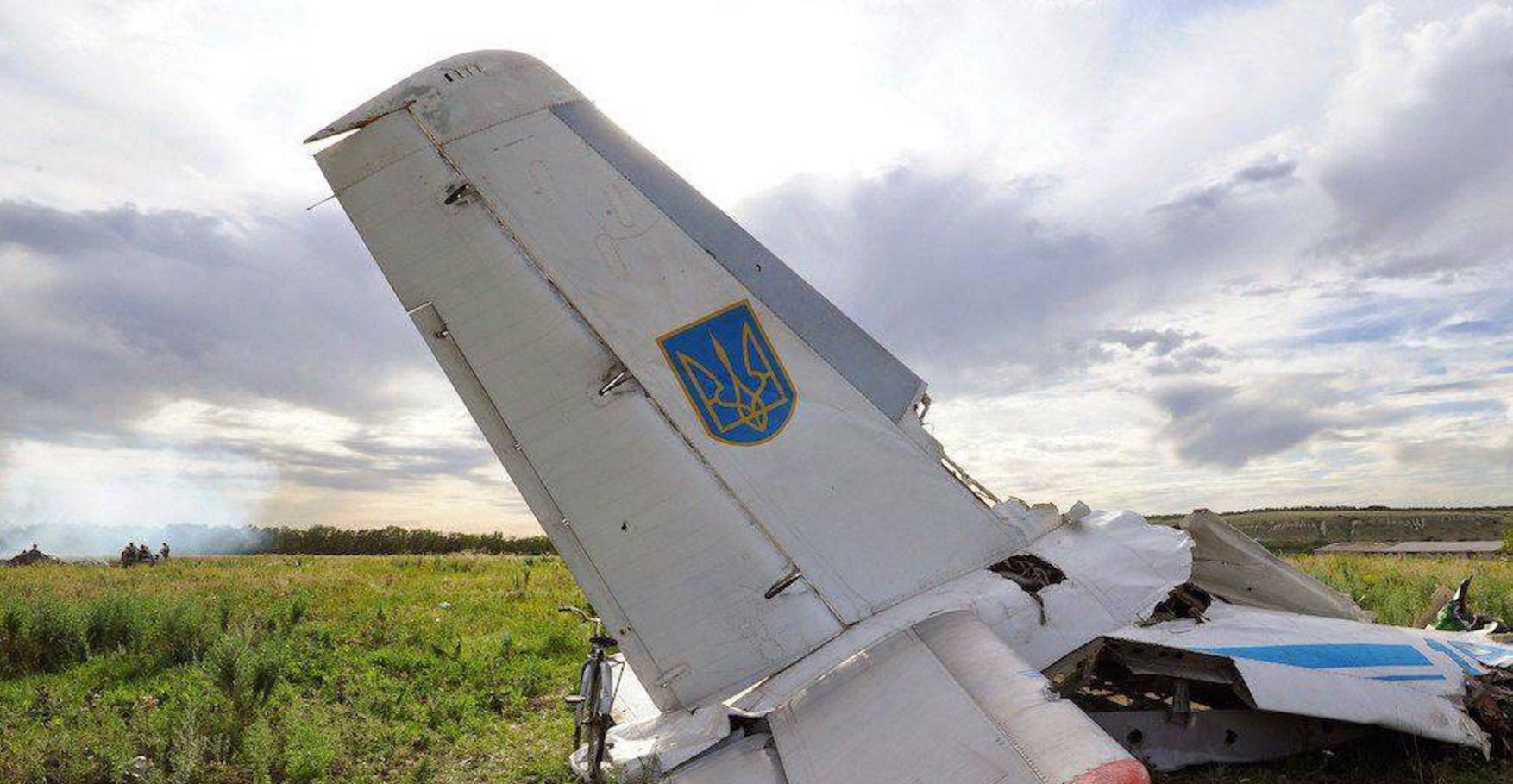 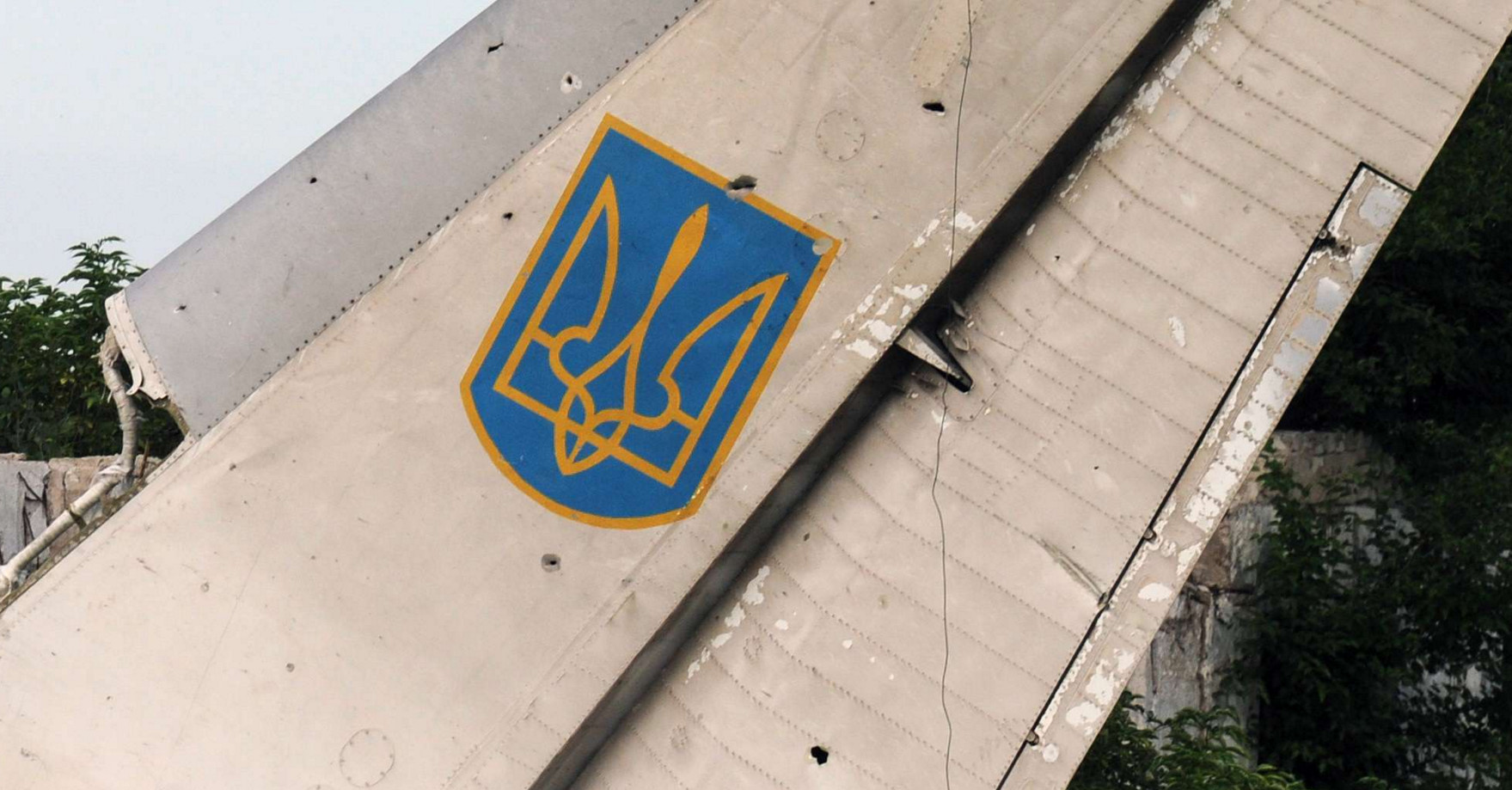 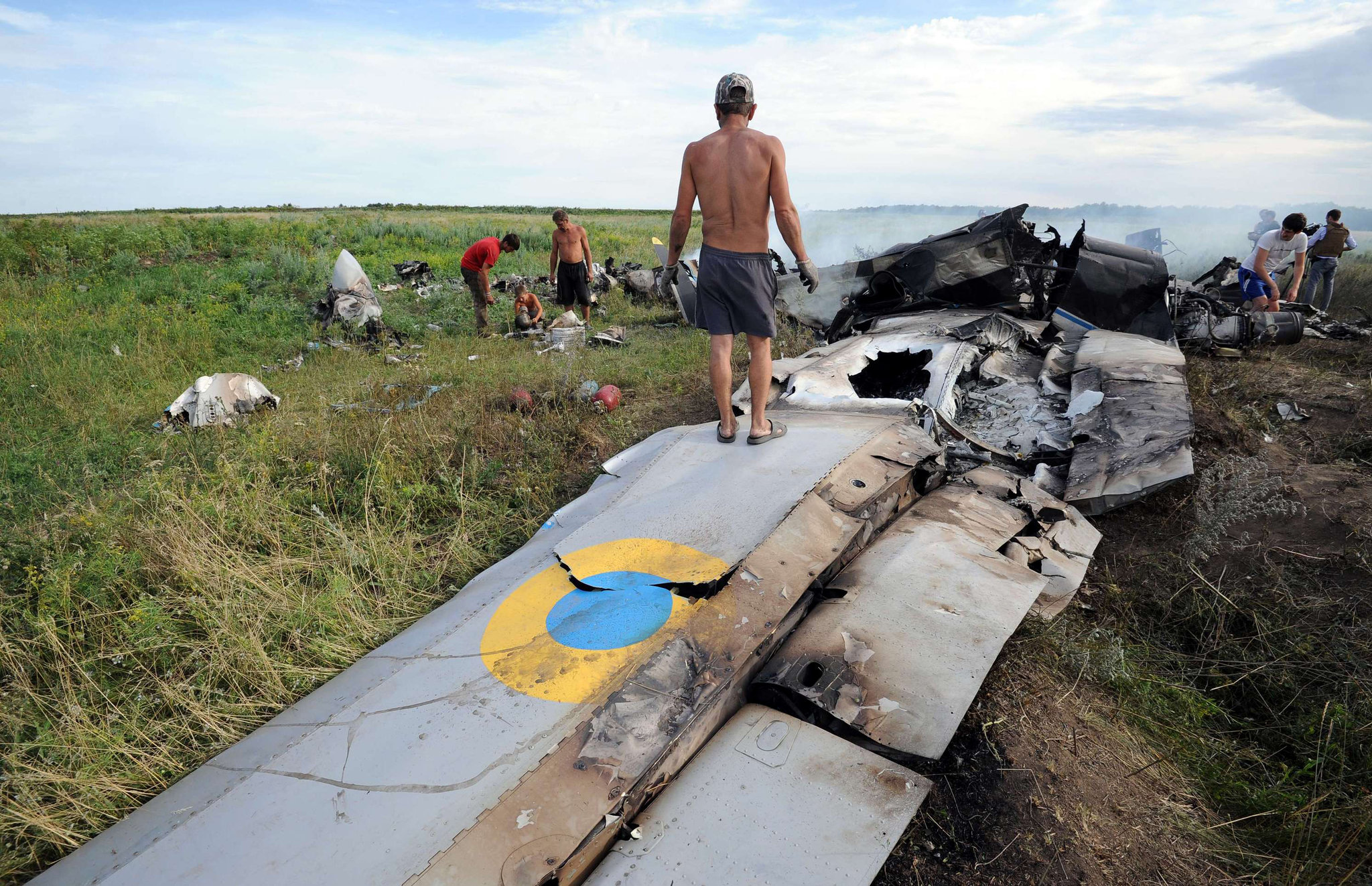 Ukraineatwar wrote several blogs about the downing. It initally stated a BUK was used from Russian soil. Later it stated it could also be a Pantsir.

There are two theories told by Ukraine auhorities of the cause of the shotdown:

Ukraine government claimed right after  the Antonov was shot down that only  heavy equipment not available to the separatists could have downed the aircraft.

Another theory is that a MANPAD was used and the aircaft was flying lower that 6500 meters.

Ukraine officials like Andrei Lysenko, Spokesperson of the Ukrainian Defense Ministr ,  state it was either a Pantsir SAM or an air to air missile type Kh-24 or X-24.

At July 16 Lysenko confirmed the separatists had Strela-10 systems in use. These could only be provided by Russia.

Eyewitness say there was a big explosion and the right engine caught fire. (source)

At December 6 it was announced the pilot got a reward because of his action to save the live of his crew. The pilot died because of the crash. The Ukraine government stated the aircraft was shot down by an air to air missile.

The photo below shows damage.  Most likely the damage around number 19 is made after the crash by people. Other photos showing both left and righthand side of the aircraft do not show damage around the number 19 as observed by the photo below. Wondering why this damage was made!

Some more photos of the damage. These photos are screenshots of a video here.

A BUK SA-11 missile is unlikely. The missile has enough fuel for 15 seconds. The video clearly shows the missile does not decend and is even making turns after 15 seconds in the video. Also the trail of the missile is too small for a BUK. Also there is no fire the be seen caused by the explosion of the BUK missile.

The fire we see is the engine of the aircraft on fire.

A Pantir missile 57E6 can reach an altitude of 15 km and has a range of 20 km. The Pantsir also has a cannon which can reach 3000 meters.

This is a very interesting documentary on the Pantsir. It is in Russian. It shows the inside of the 57E6 missile used by the Pantsir. The image below shows the rods of the warhead.

And this image shows the rods after the explosion.

The separatists had many Man-portable air-defense systems  (MANPADs). This is a simple to operate surface to air missile which is shoulder launched. The reach of a MANPAD is limited.

Charles Heyman, a defense analyst doubts the aircraft was flying at 6500 meters. “That doesn’t make sense. The higher you fly, the more it costs, and the plane would have had to be pressurized” according AP.  He suggests a SAM-6 was used.

A SAM-6 does not exist. A SA-6 is not a Man-portable air-defense system .So it is clear what Heyman meant.

9K38 Igla MANPADS  (SA-18)were used by the separatists according Ukraine. These can reach an altitude of  3500 meters max.

“However, defence analyst Charles Heyman, who edits a book called Armed Forces of the European Union, questioned the likelihood of the plane flying at high altitude.

He told the Associated Press news agency the missile was more likely to have been fired by rebels.

“I doubt the transport plane was flying at 6,500m,” he said. “That doesn’t make sense. The higher you fly, the more it costs, and the plane would have had to be pressurised. It was probably shot down using Sam-6 missiles owned by the rebels, which they have quite a few of.””

Justin Bronk confirms the 9K338 could be used against targets flying higer than 3000 meters. See his tweet here

At July 15 ambassadors of several countries were briefed in Kiev about the war. One of the topics was the downing of the Antonov 26. A representative of the Dutch government attended this briefing. A report of this briefing can be read here.

So the Dutch government was informed about the safety situation of the Ukraine airspace  yet it decided to not inform airlines departing from the Netherlands and overflying the area.

At the Russian forum mh17.webtak.ru someone did an analysis of the altitude the Antonov was flying at. The heigth is estimated to be 3600 meters.

Dutch Military Intelligence Agency (MIVD) concluded the aircraft was not shoot down by heavy surface to air missile system and flew considerately lower than 6500 meters.

The source of the screenshot below is the DSB final report as published at October 13, 2015. Page 239

20 Comments on What weapon was used to shot down Ukraine Air Force Antonov 26 at July 14?