DSB initially used a method to detect the location of the blast called stringing. This text has been published by BBC.

As the Dutch Safety Board prepared its report, several meetings were held with Russian specialists, who analysed the information they were given and at their last joint meeting questioned the Dutch findings. The Russian team put forward three arguments:

It was time for the Dutch to respond. And, in the very final pages of the report (p94), they do.

First, the DSB says the Russians had relied on an inappropriate method to decide exactly where the warhead exploded.

The inquiry team used a “stringing method” to determine the trajectory of the missile parts that hit the plane. Specialists used three-dimensional scans and fibreglass rods and then set up a network of lines of string.

While this helped explain the general direction that fragments inside the warhead hit the plane, the Dutch insisted it could not determine exactly where the warhead blew up because that trajectory changed dramatically after impact.

I can imagine stringing did not result in the exact location. Some pieces of the cockpit roof were not used in the reconstruction! I will update this post soon with evidence. 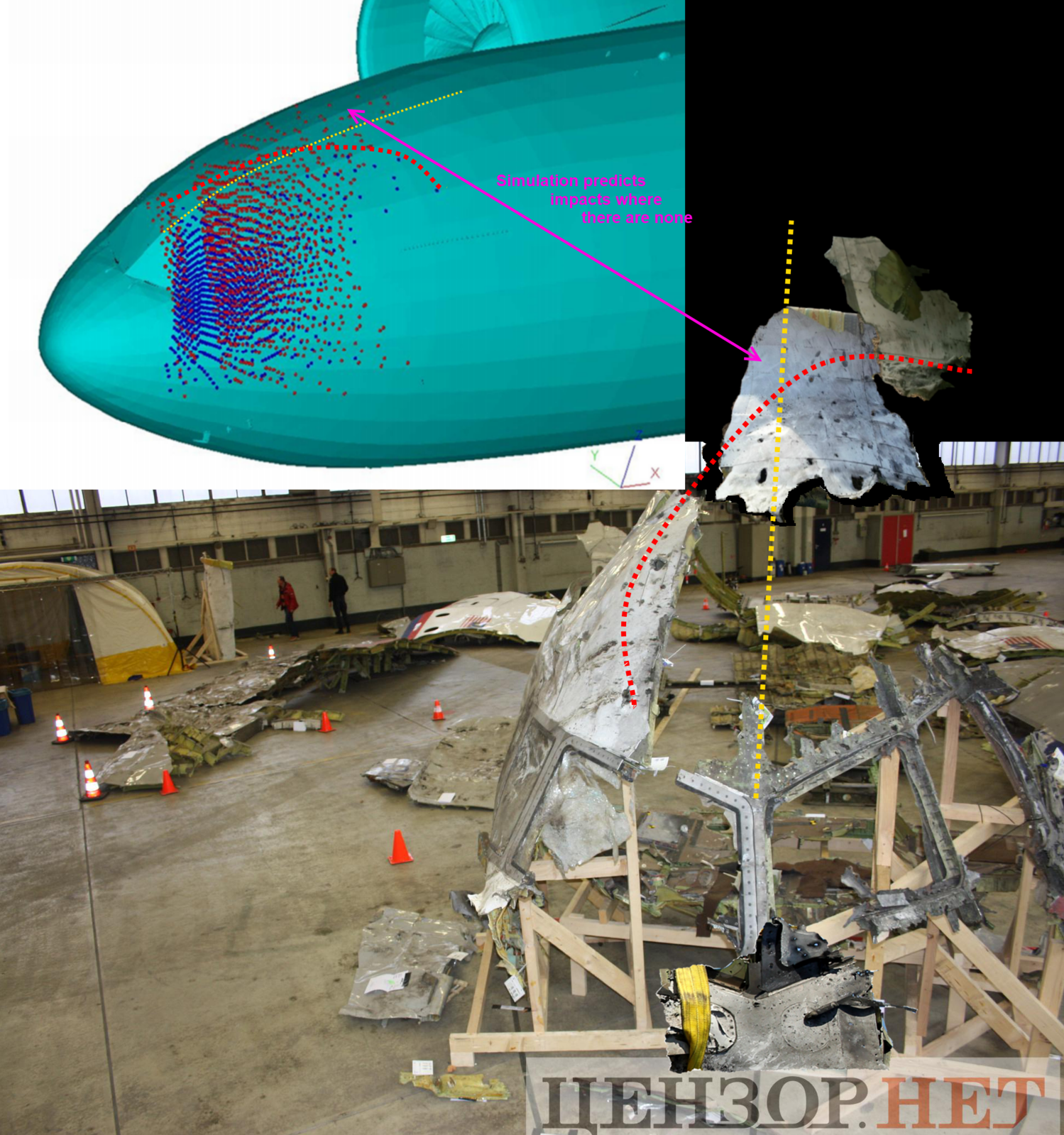 The image below shows the circle representing the location of the missile as calculated by the DSB.

However, drawing green lines from all holes in the fuselage lead to a different location.

15 Comments on Simulation versus facts of MH17 missile damage