Late October photos were put online showing very detailed photos of the debris of MH17. The photos were made by someone living in the area and posted on a Russian aviation forum. Some of the photos showed sunflower sticks put into shraphnel holes of the pilot seats showing the direction the shrapnel came from.

For some background info on fragments/shrapnel see this website.

Some of these photos show small pieces of what looks like metal. While not all the shrapnel shown in the images below originates from the same type of missile warhead, some are confirmed to be part of a SA-11 BUK missile.

The brown square fragments are said by an expert on the BUK to be in use by surface to surface missiles like the 9M22U  also known as BM-21 GRAD used by Multiple Rocket Launchers(MRLS).These are made of ceramic material. That is for a reason. These GRAD rockets are designed to kill people. By using ceramic the fragments cannot be seen on X-ray scans. And this make treatment of wounded people  a lot more difficult.

However the photo showing the reverse side seems to show some rust. Also a BUK training officer of the Ukraine Air Defense has said that BUK fragments are like brown chocolade parts.

Ceramic fragments have a lower kinetic energy than metal fragments. This is the reason the fragments did not penetrate the pilots seat and head rest but were stuck in it.

Bigger photos can  be found later in this post.

This is a photo of a warhead used by SA-11 BUK missiles . These square pieces of metal look very similar to the objects in the photos above.

The MH7 crash site has been shelled by rockets end of August/begin September. Anna News visited the crash site and showed one of those rockets which did not explode. This video has some interesting footage of the site. The rocket can be seen at 39 minutes into the video.

The crash site has been shelled by either Ukraine or the separatists by some heavy, 5 meter long rockets. The craters and a rocket which did not explode can be seen at the site.

It is a bit weird the square, brown fragments photographed at the crash site have perfect breaks. The image below shows fragments which are not perfect square. From which type of missile these fragments are is unknown.

It is quite likely someone has placed these fragments to conteminate the evidence.

This image shows what could be a piece of a fragment. This  cube shaped piece of metal shown in the three images below on first glance looks like it could be shrapnel. However if you zoom into the photo 2 and 3 you will see a switch.

This is a closeup

the switch has been turned around here. 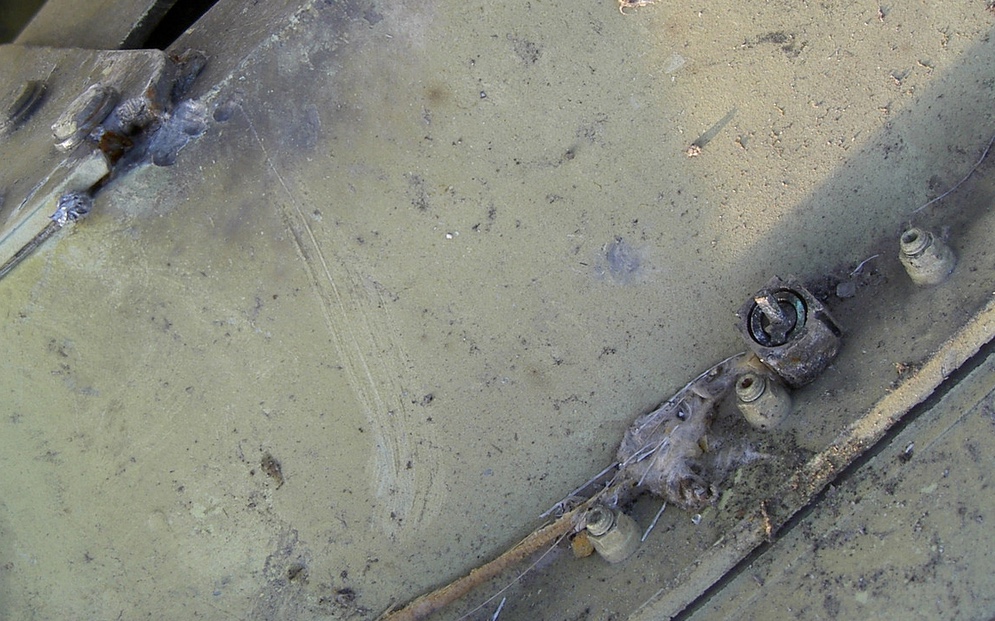 The fragments below (the brown squares) are ceramic shards used by surface to surface rockets like 9M22U.

Notice the square piece of metal in the seat. 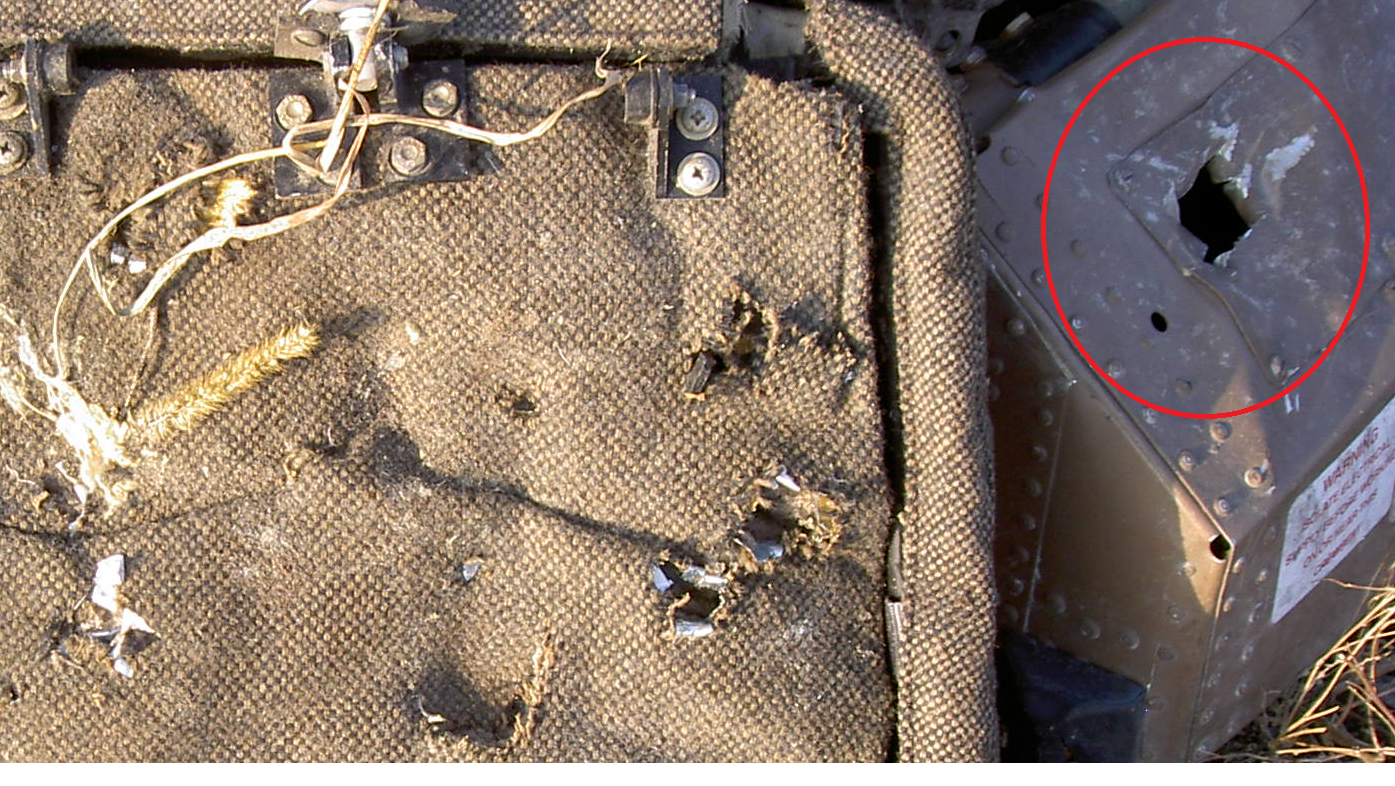