The OCSE mission which monitors the situation in Eastern Ukraine at November 29 spotted a container which is used for transportation of likeley BUK 9K37 missiles. The cannister was spotted by a drone used for surveillance purposes.

A December 5 published report by OSCE mentions the finding of the cannister.

An SMM mini unmanned aerial vehicle spotted a canister probably of a surface-to-air-missile system (9K37, 400mm), a military-type truck and at least two armed men at a compound in an “LPR”-controlled area about 8km north-west of Luhansk city centre on 29 November.

The photo below shows a BUK missile in a cannister. 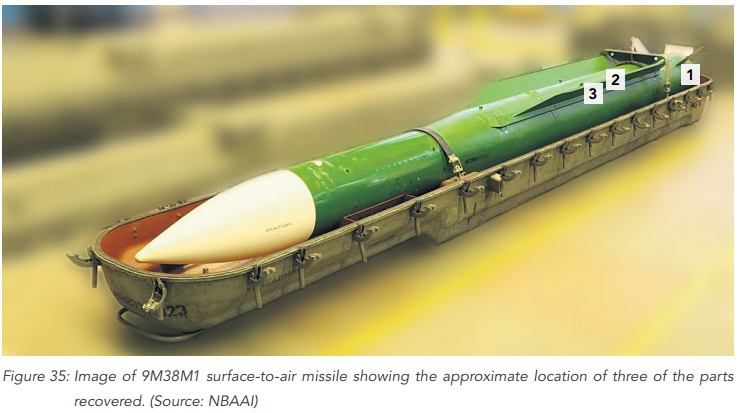 This compound mentioned by OCSE is likely a  former Ukraine armed forces base which had a BUK battery . The BUK base closest to Luhansk was A-0194 located 3,5 km southeast of the village of Metalist north of Lugansk. This base is about 8 km northwest of Luhansk city center.

The photo below shows the base. Photo taken from a report by Andrew who studied the movements of Ukraine BUK’s.

Ukraine armed forces removed all BUK vehicles and likely all BUK missiles as well before the area was occupied by separatists.

OCSE likely spotted a BUK missile cannister which was left there by the Ukraine armed forces.