Lithium batteries are known to be very dangerous when transported in aircraft. A UPS Boeing 747 cargo aircraft crashed near Dubai because lithium batteries in the cargo compartment catched fire. Likely because overheating due to have been exposed to the sun at the apron of Dubai before loading. The report of the Safety Board of the United Arab Emirates on this crash can be read here.

According the cargo manifest MH17 was loaded with lithim batteries. The batteries were loaded in two containers labeled AKE90446 and AKE90678.

However the DSB final report states there was a single lithium battery on the cargo manifest!

The cargo manifest released by Malaysian Airlines specifies containers marked AKE90446 and AKE90678 containing “courier goods” which were inbound from TNT.  This means courier forward the goods the Malaysian Airlines. Most likely Malaysian transported the lithium batteries on behalf of TNT Express.

The FAA conducted in 2014 a burnout test with 5000 Lithium batteries. To their astonishment they concluded this amount poses a significant risk for a catastrophic hull loss due to the release of highly explosive hydrocarbon gases. The MH17 carried the equivalent of more than 6 times this amount of Lithium accu’s, in retroperspective terms literally a flying bomb. Indeed, the MH17 most likely did not suffer hull breach after the initial missile impact but later on. The connections with the CVR and FDR are triple redundant, yet all signals stopped at once.

MH370 which disappeared for unknown reasons carried 200kg of lithium batteries. Some people believe a fire could have caused the aircraft to be in an uncontrolable state.

There is a possibility hot shrapnel penetrated the fuselage, entered the cargo belly and initiated a fire of the litium batteries. This would result in an explosion separating cockpit and business class section from the rest of the aircraft.

The DSB final report clearly states an on-board fire could not have caused the crash. The flight data recorder did not record any alarm about a fire or smoke in the cargo belly of the aircraft.

So how many lithium batteries were on board?

The 1400 kg refers to the courier goods. Could it be that the total weight of cargo labeled as ‘courier goods’ included all kind of goods including a single lithium battery? It is hard to image DSB failed to mention there was 1400 kg of lithium batteries on board.

I have not seen images of batteries on photos taken at the crash site.

The effect of lithium batteries exploding

Two videos clearly show the danger of these batteries.

Below the part of the cargo manifest showing the lithium batteries as cargo. Gross weight is 1376 kg. The DSB final report shows the positions of the cargo containers in the aircraft. Both containers with lithium batteries were loaded at the front cargo belly.

The position in the table Positiereferentie refers to the location of ULD containers in the belly. See this image. It shows 12L and 13L on the side of the aircraft.

This is a screenshot of a video made at the area where the cockpit was located. The AKE90678 label can be seen. 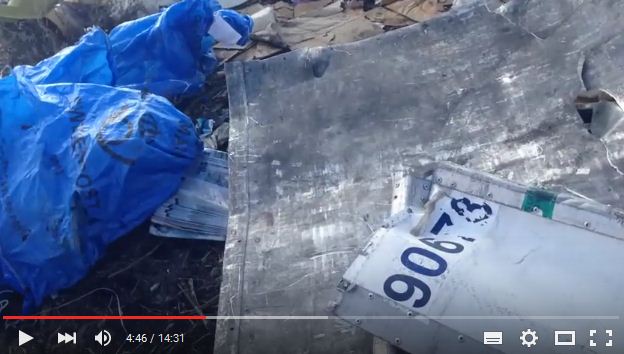 there are a couple of photos which show sooting and traces of burns.

This photo shows what looks like the cargo floor. It can be either from the forward cargo bay or from the cargo bay in the back of the aircraft. The center and back were burned after the aircradt touched the ground.

More burn spots on  this rather large part of wreckage 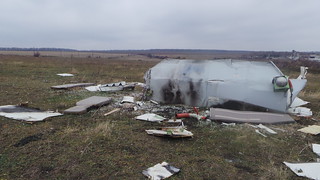 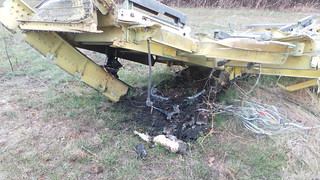 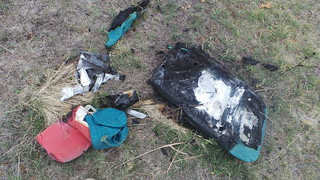 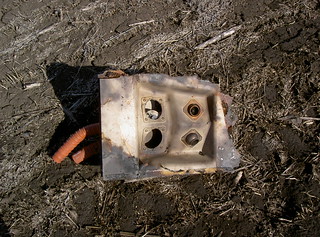 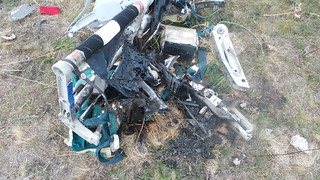 40 Comments on Could the 1400 kg of lithium batteries have contributed to downing of MH17 ?