At July 8 a second video was released by a YouTube channel called ‘MH17 Inquiry’. The channel is probably financed by Russian businessman Alexander Mikhailovich Volovik.

The first video by MH17 Inquiry claimed the Zuhres video showing a BUK on a lowloader was filmed at July 5 in stead of the far more likely July 17. The video has various claims with are proven to be incorrect.

The July 8 released video makes even more ridiculous claims. MH17 Inquiry here tries to prove the May 12  discovered video taken in Makiivka was infact not made at July 17 2014.

The video claims a plant seen on the roadside  is a  Elderberry bush because the leaves on top seem lighter, thus are the white flowers of this bush. However, according to MH17 Inquiry, the elderberry bush does not blossom in  mid July. The video shows someone working for the Donetsk Botanical Garden which  tells about when the Elderberry bush blossoms.

The image to the left shows the Elderberry bush as seen in the the Makiivka video. The image right shows a screenshot  of a July 15 video  showing the exact bush. 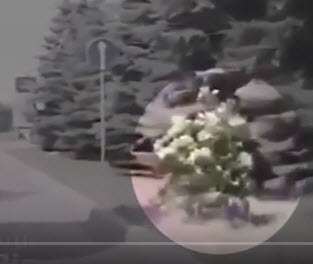 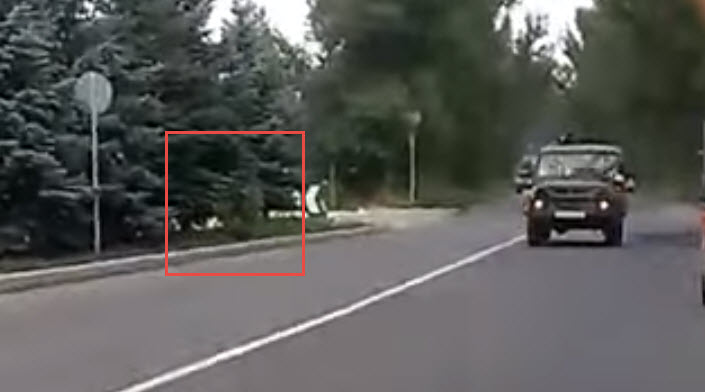 However, when the Makiivka video is a bit closer to the tree you can clearly see the bush is not a Elderberry bush. The white colour seems to be caused by sunrays on leaves causing overexposure.

This video shows a slowmotion of the Elderberry bush 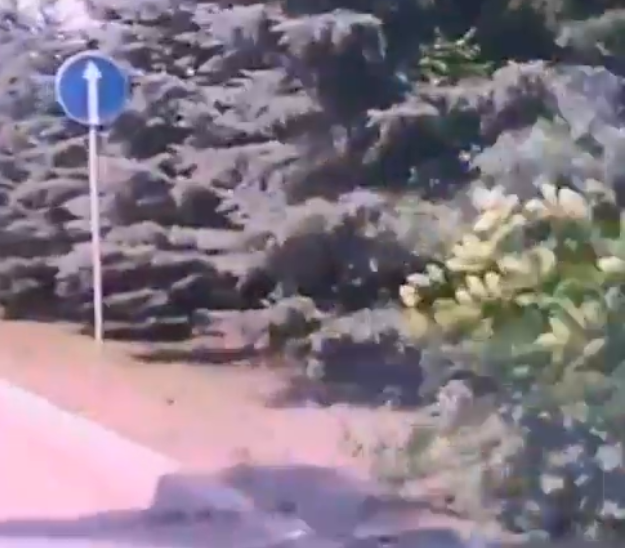 MH17  Inquiry”did not find the bush”

On a video made a May 4 2016 the bush can still be seen. Another dashcam video uploaded to YouTube at May 29 2016 does not show the Elderberry bush either.

However, a dashcam  video made at July 6 2016 does not show the Elderberry  bush. The video shows at 06:01 the area at the petrol station where the bush was located.

At July 9 someone went to the petrol station where the Elderberry was planted and indeed it was gone. See the video.

This is a photo showing the threes near the roadside. The Elderberry bush is gone but the photo does show a tree with green leaves.

For the Luhansk video the MH17 Inquiry claims the leaves of the trees are too bright for July. However when the original video is compared to the screenshot shown by MH17 Inquiry, it is clear that the green leaves were modified to make it more bright.

MH17 Inquiry fails to mention that a satellite image is available on Google Earth showing a white truck with lowloader transporting what is highly likely a BUK. Also the Google Earth image shows cars which are also seen in the video. Bellingcat has a post about this here.

MH17 Inquiry also fails to mention the cloudpattern shown in DigitalGlobe photo taken at July 17 is very similar to the cloud patterns seen in the Makiivka video.

MH17 Inquiry announced there will be more videos released soon.